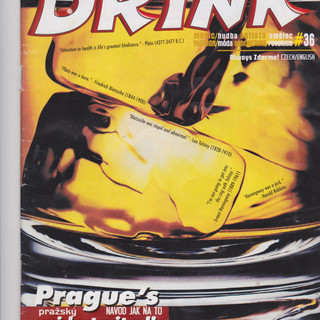 Clemence Vasek came a long way to find her destination.

Three years ago, she decided to leave Paris to follow her Czech husband to the capitol of his native country, to Prague.

About a year ago, she got fed up with living without her biggest pleasure, running a nightclub, and created one in her own image.

The roccoco scene framed by heavy red curtains, everything drowned in darkness, dimly lit with burning candles... Heaven and hell, good and evil. So here we are, talking to the lady who opened a french-style club for those who start living after sunset.

THINK: Just how would you compare opening a club in Prague to Paris?

Clemence: Ten years ago I worked as a PR person for the best nightclub in Paris.

The only reason I stopped was my daughter, I just didn't want to work at night anymore. But she has grown and I felt like going into my own business again. To open a place in this city is much easier than anywhere in France.

On administrative basis, finding the right location, hiring people... and also there are no problems with mob, at least not for the moment (laughs). Yet I had little difficulties with the Czech mentality, people here are much more paranoid, therefore I cannot afford to make mistakes, because they'd think I want to fuck them over.

I have to be very careful, they wouldn't forgive me even the smallest error. I have to be perfect. But if you know the history of this country, you understand.

T : What kind of people go to your dub ?

C: 50% Czechs, 25% Americans and 25% French and I would like to point out, the latest ones above here in Prague are very snobbish. People who go to Le Clan are friends, old and new, who adore this country for its progressive attitudes and passion for life. That is very important to me because my husband is Czech and I love this country.

Not too many people know our name and address because I decided not to advertise. It is my choice and I like it that way. The French- style means that club is more private, more like a family. For example nobody pays entrance fee. Maybe later when my club is well-known, I will have a doorman to decide who can come in. But I have time for that, definitely not yet. And it won't be for rich people, only for original stranger and friends.

T: Your are here almost every night, I suppose. Is there anything particularly interesting happening, you would like to mention?

C: Le Clan is a place where anything is possible. On Wednesday I do Sex parties. There are go-go dancers, strippers, lesbian or by the sado-maso shows. The difference from other clubs is the show is not made by our girls but customers.

They can have whatever they want, and everybody loves it. Most of special events take place at the VSP (very strange people) room. I don't want to talk about it too much so it wouldn't lose it's secret. But after all, I can always lock the door and let in just somebody.

You can also buy to whole bottle of liquor when you got some extra cash on you and drink it later when you are broke (plus soft drinks with it are free). But the typical situation here is that because Czechs drink so much that they generally finish the bottle the night they buy it.

At the beginning some people found my specialities and secrets strange, but gradually they started to like the private atmosphere. You know, the frequent club-goers are the same everywhere. They drink, smoke and dance to forget about what's heavy on their minds. And that is what connects them. By the end of the day, nobody cares about stupid little troubles, social differences and so on. Everybody is having a good time, enjoying themselves. That is why I love people of the night.

T: What are Your plans for the future?

C: I want to open another club downstairs, about 400 square meters, in the similarly style like you see here. I would like to have DJ and house music, because people come here for it and I want to give it to them. In October there will be a restaurant with french cuisine upstairs instead of cafe which is there right now. You know, people get usually hungry after a lot partying, and so do I. So the restaurant will be open till about 5am.

After Clemence left to do her work, I stayed on the bar to have a drink and to feel the atmosphere. There was a beautiful young girl dancing in a middle of a stairway moving her body in a rhythm of house music and striping her cloth in front of an old painting of Jesus who seemed to be watching her, hypnotised... 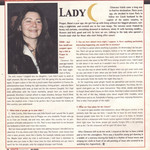