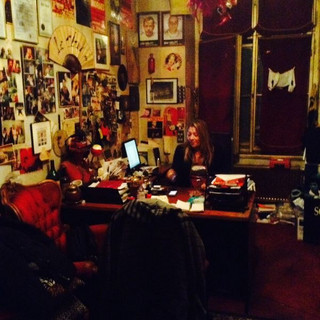 Clemence is the owner and founder of Le Clan; a late night club which offers Prague people an insight into the beautiful creatures of the underworld. A haven where those can feel safe, accepted and meet open-minded and genuine people, and of course, have a good drink and dance. LUI caught up with Clemence in her office or "museum"; a room full of 100's of photos, gifts, posters and memories. Probably the most colourful and interesting office I've ever seen.

You're originally from France. How did you get to Prague and how did it all begin?

I married a Czech guy and came to Prague in 1997. I hadn't been working for about three years and was really getting bored with it, so I decided to open a club with my husband. Le Clan was very underground in the beginning, it was just a cellar and I wanted to make some kind of private members club for people that had just finished work and could come and have a drink and relax.

The problem was, people kept coming later and later. We would open at 7pm, people would come at 9pm, then at 9pm and they would come at 10pm. We had to adapt! So now we open at 2am, and I really hope that we don't have to make it any later. But it doesn't bother me because I have always loved after-parties.

How would you describe your customers?

I like to have a mix, always a mix. Myself, I enjoy a bit of everything. Sometimes I love to be a bit posh and sometimes I like to be a bit more underground. So, I'd like to think Le Clan has something in between. Here you can find the rich, the poor, the business men, the artists - everyone. We are also very gay friendly. We've had a lot of gay parties in the past, and we were also an official venue for Prague Pride this year. That was a great party. 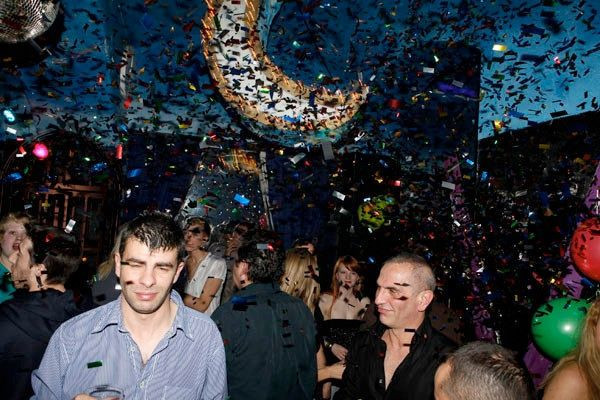 Why do you think the gay community like Le Clan?

It's somewhere that they can feel safe and comfortable. I have a very strict respect policy in my club. Every single one of my people here is also very honest and open-minded. For example, people always lose phones and things after a few drinks and we always have them here when they come knocking.

You mentioned some fun parties in the past, what have you got coming up soon?

Well I always have pressure from my good friends to do another gay party. But we are also organizing an S&M Angels and Demons party on December 13, which I'm very excited about. On top of that, we still have Karaoke every Thursday night. And our regular DJ, Pat Hurt is fantastic; he plays mainly deep house, which is great for dancing or also having in the background.

What's the secret to success in Prague? Do you still like it here?

I LOVE Prague. There is so much freedom here. And I feel that Czech people are very loyal, they always have time to help you, no matter what your problem or situation is. However, if I had any advice for success in Prague, it would be to tread carefully... I've seen expats gain and lose everything. But it's good training. If you can make it in Prague, you can make it everywhere! 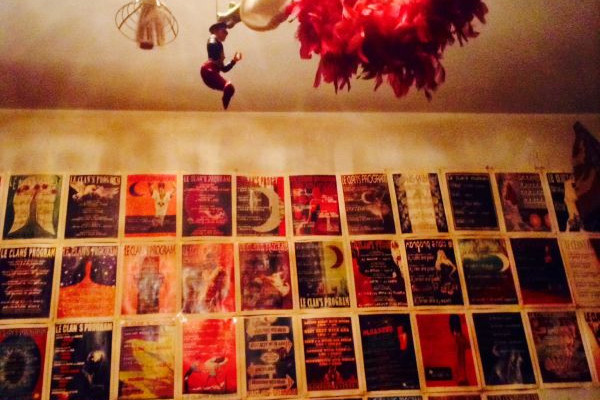 For more information on upoming events in Le Clan.