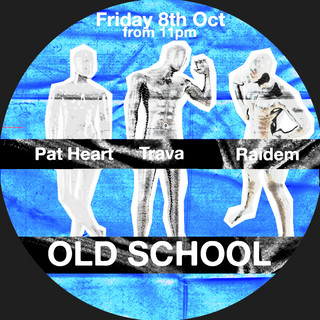 There is no need to introduce you the owner of the label Lex Record and one of the two members and composers of the project SIGNIFICANT OTHER who produced its first album called MONGO.LOVE.
He played among renown artists as :
ARMAND VAN HELDEN,ASIAN DUB FOUNDATION,
BUSHWACKA,C.J.BOLAND,CARL COX,
DANNY HOWELS,DAVE ANGEL,EDDIE RICHARDS,
FAT BOY SLIM,GET FUCKED,CHEMICAL BROTHERS,
CHUMBAWAMBA,JAMES ZABIELA,JEFF MILS,
JOSH WINK,JUSTIN ROBERTSON,LAURENT GARNIER,
MARCO LENZI, MASSIV ATTACK,MOLOKO,MORCHEBA,
MR.C, PAUL VAN DYK,PRODIGY,SPACE DJs,SWAYZAK,
TERRY FRANCIS,TIESTO,TIMO MASS,TRANSGLOBAL
UNDERGROUND,UNDERWORLD,X-PRESS 2,ZION TRAIN
His style house, tech house, deep, funky and techno will bring you in an original atmosphere with an exclusive and musical setting rich in color.
An invitation for a musical journey to enjoy with your friends...

RAIDEM
Raidem is a Prague based Dj. His first appearence in bigger venues such as Roxy Prague occured in 2002 after he succeeded in two czech dj competitions. Since then, he played in many clubs, festivals and deep forests not only in Czech Republic, but he also performed in Germany, Slovakia, Poland and Indonesia. He also supported artists such as Eddie Richards, Kollektiv Turmstrasse, Boris Brejcha, Gregor Tresher, Martin Eyerer, Layo & Bushwacka, Funk d'Void, etc. He has resident night called "TWIST" at Prague's legendary Houseboat u Bukanýra, where he has been performing for more than 12 years. It is worth to mention, that he is one of those, who strictly uses turntables during his performances. Raidem is a versatile club dj, but he is usually blending dark minimal hypnotic grooves with deep melodic techno into constant energy, which will not leave the human body without a twist.