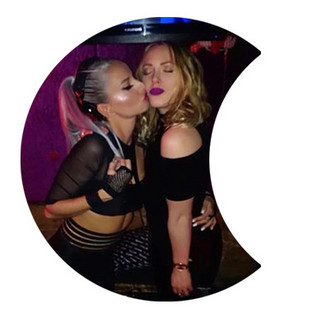 Come and join us to listen the best music run by Girls...

> SJ Yellow started the journey in 2006 as a professional dancer. She organized and participated in many dance battles and parties, where she met a lot of great DJs. She was always curious about DJ-ing and was asking them to show some basics.
Later finally, she bought her own controller and started to practice. In 2018 she moved for 6 months to Thailand where she met a bunch of great people and DJs and made some venues in Chiang Mai and Bangkok. From that point she get passion for techno and house and started to invest all her free time into DJ-ing, diggin' for new sounds and studying more...
In June 2019 she had the opportunity to play in one of the biggest festival in Slovakia , LEVITY Festival and simultanetly started to play at Le Clan in Prague(CZ) where she became at the moment resident DJ's.
Her sound is melodic, sometimes dark and industrial, but always groovy. She play music the way she feel the dance floor, says a story...
"Nothing is a coincidence, everything has a reason.”

> Dj Enchantress plays in a variety of genres, from the ibiza style deep house, through the groovy dance techhouse to the innovative and contemporary deep and dark techno influenced by the Berlin scene. From teenage beginnings and mixing tape cassettes on twindeck, she has evolved to the star of online streaming on Techno Live Sets with tens of thousands of followers and a solid portion of fans on Mixcloud, FB and IG. She played in Ibiza clubs like Ocean Drive, Ithaca or Guarana. In Prague she is resident in iconic Le Clan, you could hear her in Duplex, Jilska 22, Bukanyr, Microna or Tresor.