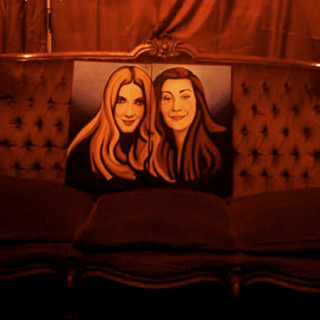 You are French, living in Prague for over 12 years, why Prague?

I met a wonderful Czech man in 1993. We got married in Paris and moved to Prague two years later.

Why did you decide to make a Club?

I was bored. I needed to work to find a personal identity and friends. 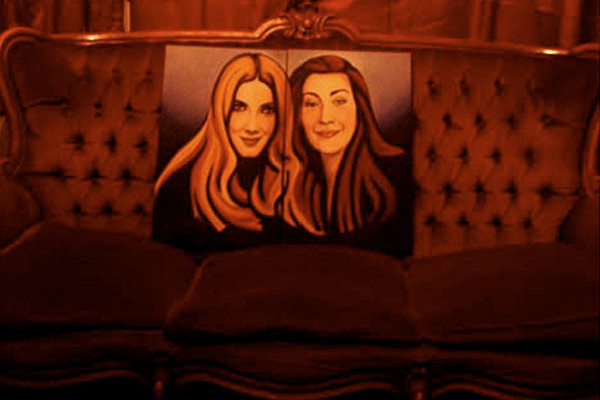 Good question. At first, it was not my idea. On the first Le Clan's business cards, the opening hours were 4pm-4am. Today it's almost the opposite. We open at 2am and close whenever everyone is gone, sometimes in the afternoon. I would say it wasn't planned. With Le Clan's big success in the first year, there was a lot of noise in the street and in the club, and that disturbed the neighbors. We had for their respect to put the music down. So people started to come later and end their evening at Le Clan. They could dance, but also meet nice "open-minded" people, talk philosophy, and sometimes rebuild the world. Le Clan is a place of another kind; it is striking, and does not match the idea of a typical After Party Club. The music is of quality, non-aggressive to the ear, and played by famous artist DJ's like Trava, Pat Heart, or Angel Charlie. They are Le Clan's soul.

Why this name "Le Clan"?

I chose the name Le Clan because as an expatriate, I needed a new family. I found this family in my friends, as well as in my staff, and some of Le Clan's customers. Le Clan is open to all, but here is a good advice: Remember the word Respect, or for a serious mistake you could be forbidden Le Clan's access, or for a milder mistake you'd have to pay a fine. The fines' money is sent to charities. This is a way to give back to life the happiness I have been granted. Also most people who had to pay a fine at Le clan, learnt something, and became better. Including me!

9 years of nightlife in Prague, are you tired?

Yes, I admit, but I also live a dream. It is like a never-ending birthday party. Everyday is filled with new experiences, and new people. I regularly make new acquaintances that are intellectually enriching and varied. In Prague life is made of surprises. If I had stayed in Paris, I think I would have missed on too many things. Here I take time to live, and there is a lot more freedom. Prague is like a village, where everyone knows everything, but it has all the advantages of a cosmopolitan capital, in the heart of Europe. There is a big mix of cultures, which helps being more open-minded. In 9 years, I think I learnt more, than in almost 40, especially on human relations. I was born in an Aristocratic family living in Paris; I have always been protected by my background. Here it's different; there is no social class. All are mixed, the rich, the poor, the old and the young, foreigners and Czechs. Here I lived the better like the worse, I met amazing people, and also the worst filths. Living in Prague taught me life, and like said Edith Piaf "I don't regret anything". With Le Clan, even though the name is French, I wished to make a club that represented Prague.

We have a philosophy based on freedom. Yet freedom does not go without respect. Respect of laws, respect of others, and respect of oneself. At first it wasn't easy, can you imagine a single-mother in a foreign country. The story is too long and reality goes over fiction. I won't tell you our problems with the neighbors, the police, drug-dealers... Today after many adventures, I finally got Prague's respect, and Le Clan is the memory of this path. It is an honest and well-respected club where you are welcomed at the entrance with a smile, the bartenders are honest, and you are even protected from yourself. There are many customers who thank us everyday as we found their coat or purse with money and mobile phone. Surely, Le Clan is not perfect. My dream would be to make a private club where customers would only be friends, or friends of friends. If you give me 9 years more, I bet I could make it. It would be a bit like the club Castel in Paris. They made it in 20 years! Le Clan is a discrete club, and we do little advertisement. Yet you might have met there Bruce Willis, Mat Damon and many others, not as common, but as excited about this club.

What do you hate the most?

The mean and the stupid.

Do you have projects?

Yes. Keep bettering Le Clan, others and myself.

Friday the 27th of March. Le Clan's 9th birthday. Many friends will be attending this event, and I think this will be a memorable party.